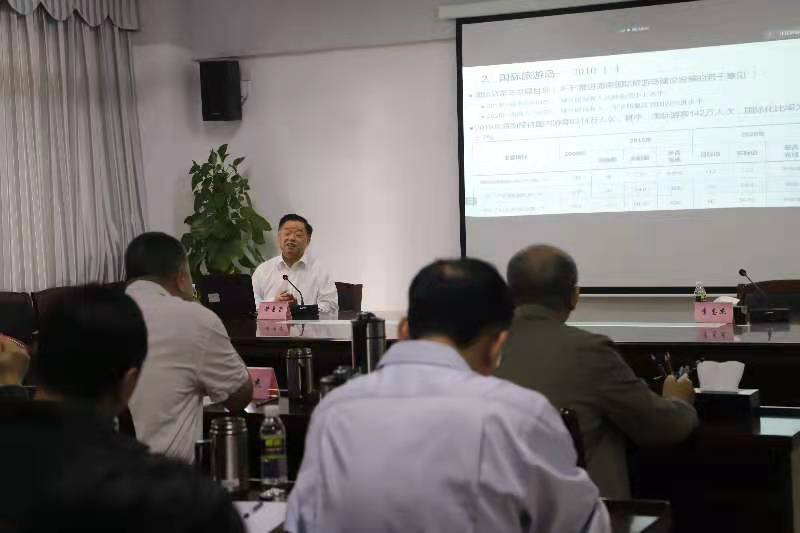 Huang Jinggui, President of Hainan economic and Trade Vocational and technical college, who enjoys the special allowance of the State Council, was invited to give lectures in this training. President Huang gave a vivid explanation from three aspects: the historical opportunities and problems of Hainan's economic development, the main challenges faced by Hainan in developing an export-oriented economy, and the countermeasures and suggestions for the development of Hainan's new offshore international trade, and deeply analyzed the development experience of offshore trade in Hong Kong, Dubai and Tokyo, the current situation and favorable conditions of Hainan's development of new offshore international trade How to develop offshore trade in Hainan free trade port.
The training has achieved good results. Cadres of Hainan trade promotion system have said that they will apply the knowledge learned in the training to their future work, further improve the ability to promote the development of international trade, give better play to the bridge role of CCPIT, and serve the government, enterprises and society.